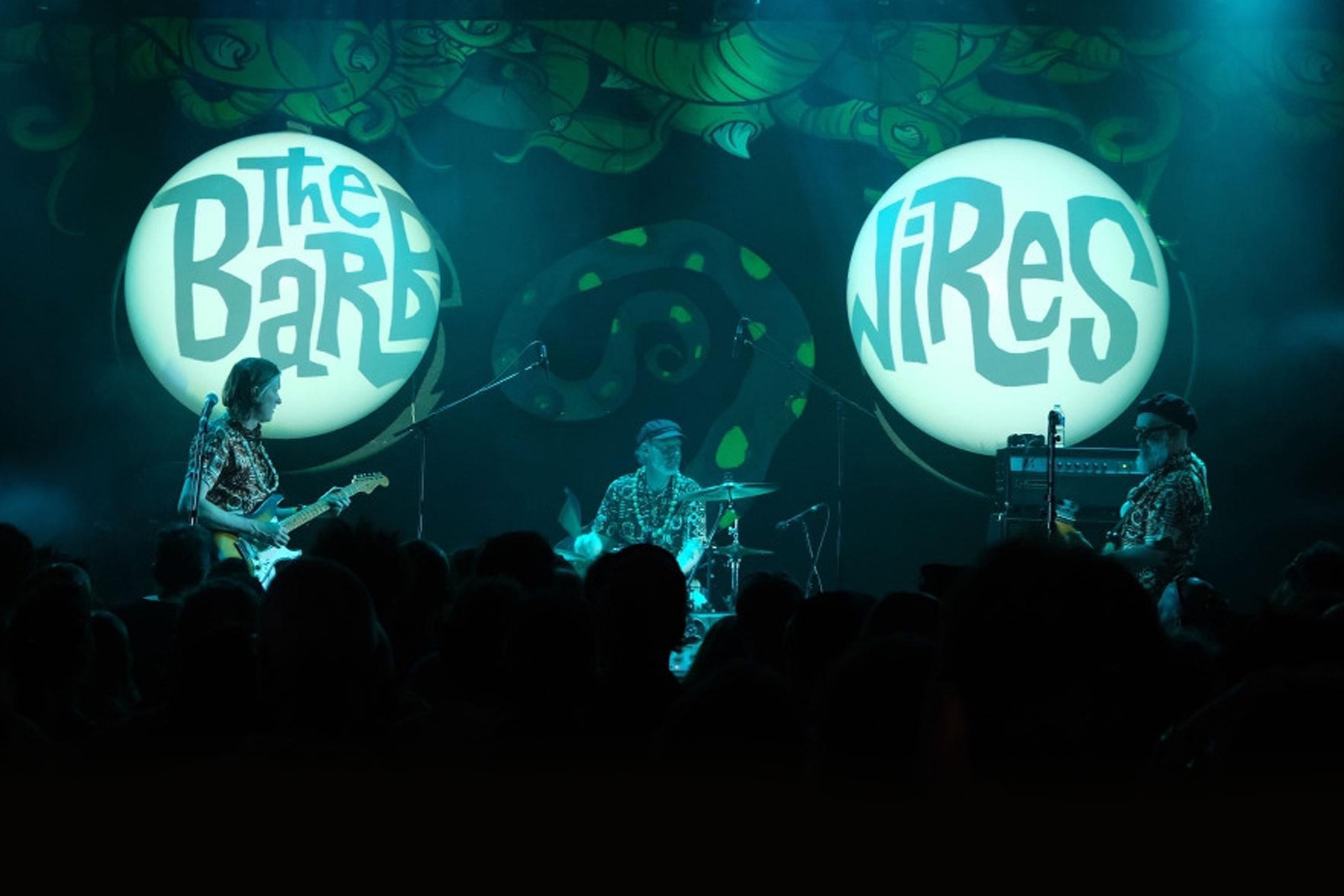 Childhood friends Kalle Fornia, Mike Barbwire & J.R began the journey of The Barbwires in 1995
during the peak of third wave surf music. Maybe the slowest release phase in history with only 2 full-length albums in 27 years. But as to quote Mike Barbwire “producing a third album would probably put me in a insane asylum” . The albums released are highly renowned and collector’s items nowadays. Still the essence after all years with The Barbwires is their live shows. Kalle Fornia & J.R follow Mike´s moves, lead and mood on stage which build, up, and build up, and build up, and…

Mike Barbwire can be seen with other bands like The Dragtones, The Hi-Winders and Mike Barbwire and The Blue Ocean Orchestra.