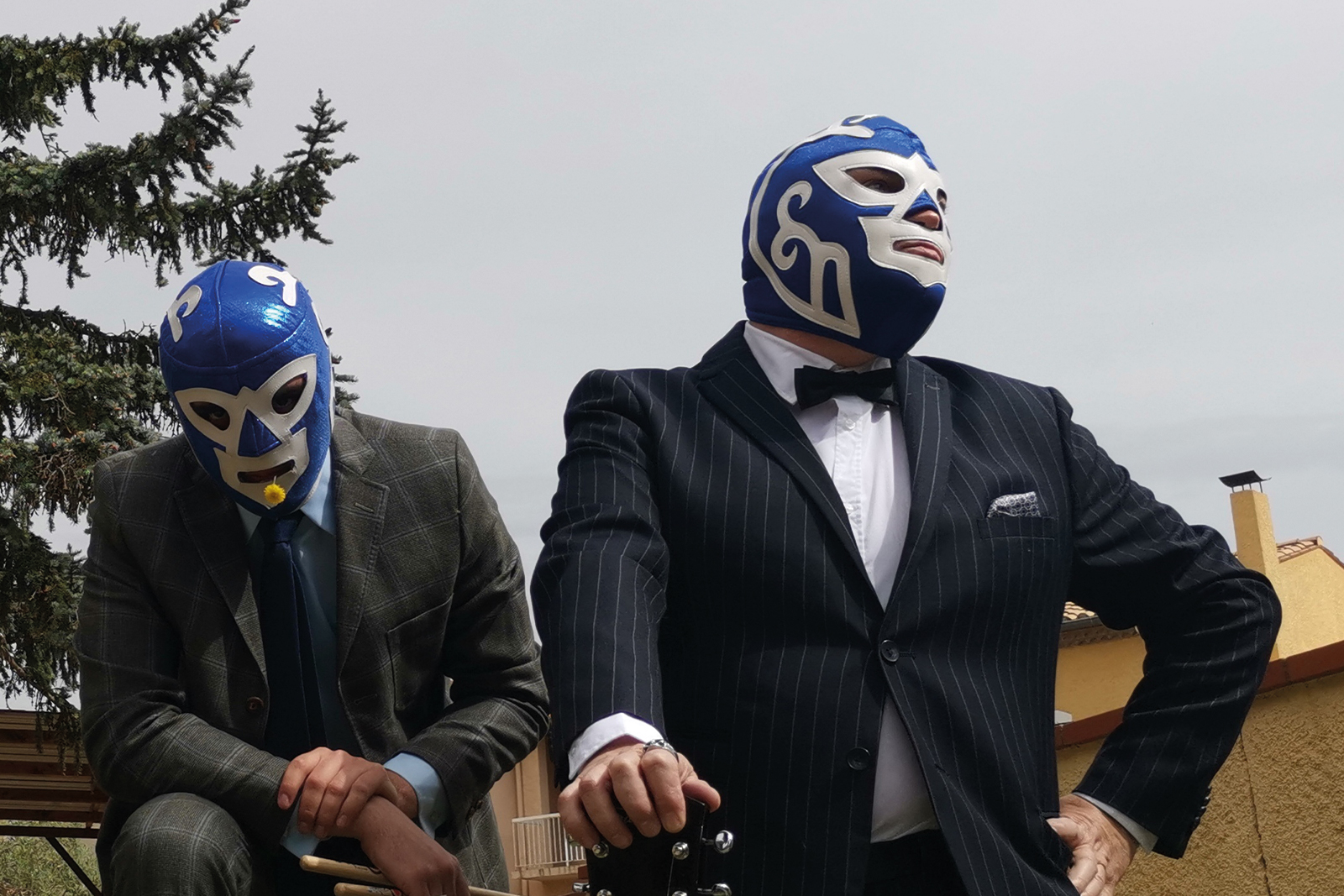 A French-Spanish duet from Perpignan with psychotropic sounds that’ll make even the dead dance. Two characters who combine experience with youthful shamelessness. On guitar and vocals, the former member of the Hawaii Men and known by all, Franky Zwiller aka “Frankystein”, and on drums, bass and vocals, Théo Camps, aka “El Nene”, at a wonderful 19 years old.

With their debut album “Ne Juge Pas”, also the first release from the Cáceres Wild Cave label, we are seeing its first outing and what a way to start for everyone involved. An album where the songs are played in a totally uninhibited way that may seem like those of other bands, or even cover versions, but no! They are all their own with a natural, free and optimistic shamelessness. This is where we find the magic of Lord Diabolik.

They can play and even imitate French 60’s Yé-yé, black R&B, scary garage, South American wastelands, USA Fuzz or Killer Spy, Lord Diabolik make them their own, without fear, with a smile from ear to ear, they know the party is theirs …

These two masked men invite you to their down and dirty party, to drop your defences and embrace the party god with total abandon. The perfect record for the liturgy of dance, warmth, friendship and emotion.