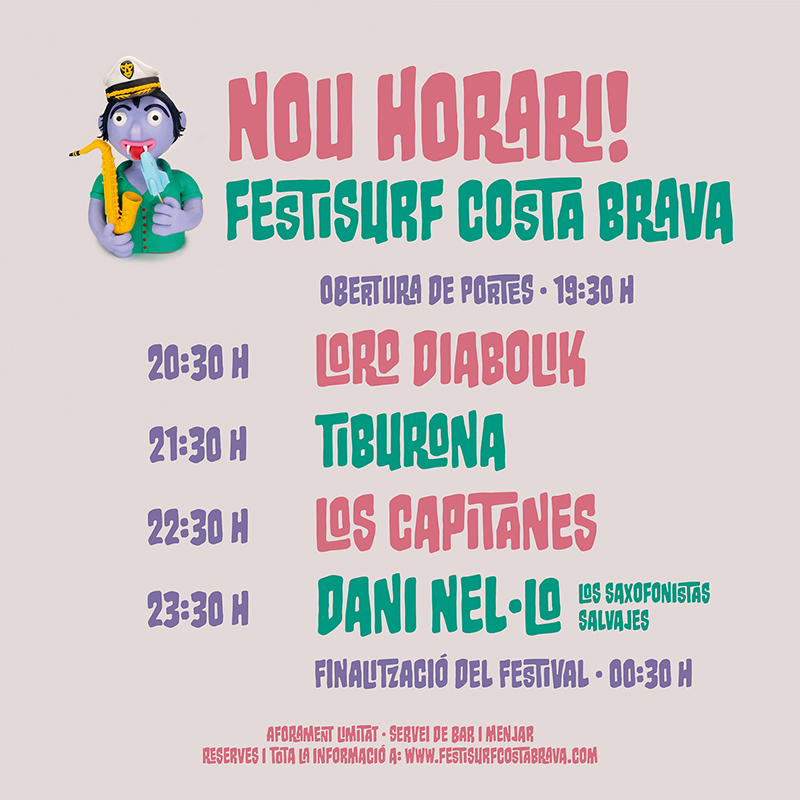 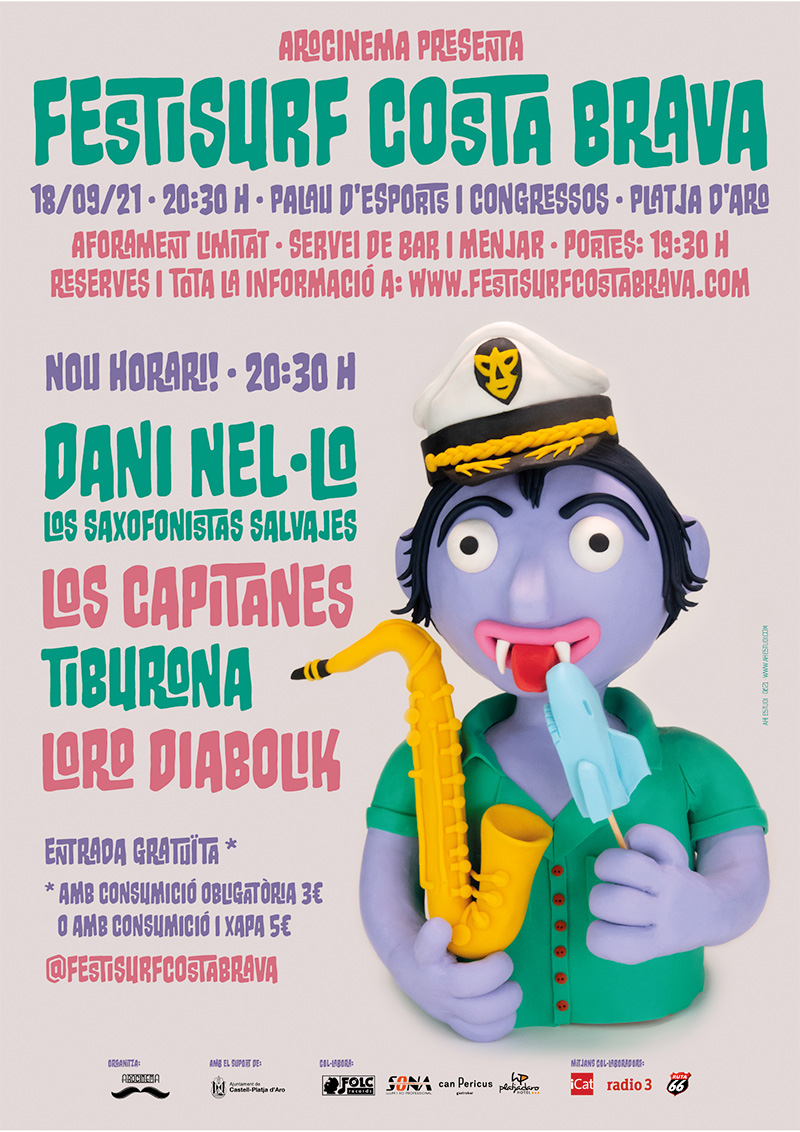 Organized by the Associació Arocinema with the support of Castell-Platja d’Aro Town Council, the organisation is committed to bringing underground culture to the municipality.

In a delightful setting where a good atmosphere prevails and where there is one common denominator; fun and partying. FestiSurf has once again strengthened its proposal, making it a must-see for lovers of these sounds and everything about them. A programme that consists of four concerts, all of them free and performed consecutively, by leading bands in the national and international field of surfing and rock’n’roll, with touches of other styles.

This year, due to the COVID-19 regulations, FestiSurf will once again be held at the Palau d’Esports i Congressos in Platja d’Aro, with free seat reservation and limited places. Free tickets can be downloaded from the festival website www.festisurfcostabrava.com

This year, the festival will be opened by the Franco-Spanish duo, Lord Diabolik with their psychotropic sounds that’ll make even the dead dance; then the Madrid-based Tiburona seek out the scent of the sixties with a good dose of the forcefulness of Latin American punk and the urgency of garage. Los Capitanes will take over from the Madrileños with their entrecote steaks, pork scratchings and litres of beer, seasoned with contraband rum, reverb and lots of fuzz; and, to close the night, Dani Nel·lo · Los Saxofonistas Salvajes, an all-star band that brings together some of the best rhythm and blues, jazz and rock’n’roll musicians from the national scene in order to explore the essence of the savage saxophonist performed in their own voice.

With the support of: